Open Source is not just about available sources or certain licenses. Successful Open Source projects have a community that matters, not just users, strong leaders that listen and still communicate their vision and goal, growing base of contributors who don’t want to be ignored, even if there’s a benevolent dictator as project lead.
There are some popular Open Source projects which recently failed in some of these areas and got forked. Synyx decided to go with the forks even though we are mainly users and in these cases not main contributors. What’s the reason behind these decisions? Our company vision tells us to live Open Source which includes much more than what it looks on its surface. It’s not a goal in itself. We believe openness, communication and trancparency are key to quality software, especially long term. That leads to more deliverable value and improved competitiveness as well as more transparency to the community behind. 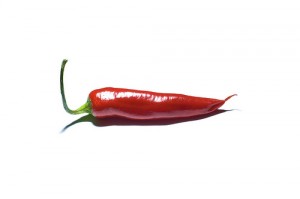 With switching from Redmine to ChiliProject we belive in the more communicative and transparent community.
Quoting their „why fork“ page:
„We firmly believe in having a fully transparent and open governance and development process aligned with the ideals of Free and Open Source Software as outlined by both the Free Software Foundation and the Open Source Initiative.“
The team that started ChiliProject as fork of Redmine has already proven they can fulfill these promises during the time Eric Davis and those around him drove most of Redmines development. Not even two months after the fork we started using ChiliProject since we trust their delivered quality.
What about Netbeans? Started over the last few years, fought back Eclipse and IntelliJ and saved it’s userbase. But what did Netbeans new owner Oracle? They decided to risk this new strong userbase just because a few years ago they added a well known test framework called JUnit. At this time it was no problem that JUnit uses a not so popular and deprecated licence. Netbeans was owned by Sun. Today Netbeans is owned by Oracle and they called their advocates to force JUnit using a licence Oracles advocates are happy with. At least the Netbeans Core Developers solved it by decoupling JUnit from Core, built a module and added a little dialog at startup where Netbeans Users can simply add JUnit as a module. That’s childish! (but might be legally necessary to be on the safe side)

The last bigger change in our Open Source setup is currently the move from OpenOffice to the more open LibreOffice. LibreOffice forked also from OpenOffice because Oracle decided some changes in the Core Team Setup and other „little“ cruel things. Possibly no one outside the involved team knows what happened here but this is not the point. The point is, that the strong community around OpenOffice overwhelmed Oracle with a really fast move to LibreOffice, which created a lot of positive rumors with the first „free“ release. Featurerich, really stable and some absolutely cool improvements were made… Oracle… decide what you wanna do with the ideals you bought from Sun.

So in case of Hudson / Jenkins not the big Oracle corporation backing of Hudson warrants for long term development, but the striving and open Jenkins community. As recently presented by Jenkins guru Kohsuke Kawaguchi switching to a more open development model community contribution skyrocketed: 48 commiters compared to 7 before, 42% community commits, 170 pull requests since divorce till mid May, growing mailing list participants and growing number of plugin developers.
Just 2 cents from some guys from Synyx.
Co-Authored by Fabian Buch and Joachim Arrasz