It has been a while since our 1.0 release of I think I spider, but we have been working hard on a new major release with a couple of great improvements. Last week version 2.0 was approved by Apple and is available in the App Store.
While the new Android version is going to be released soon, I’ll tell you all about the improvements of the iOS App.
Sharing those little quotes and sentences with your friends on Twitter has been a pain in the first version. We really regret not getting it right from the beginning! Let me explain how it worked – or didn’t work, therefore. We basically checked, if any of the major Twitter clients was installed on your iOS device. We then launched it, in order for you to updated your status with the funny quote attached. Unfortunately, this only worked for a minority of all users and the worst thing is, the official Twitter App broke this feature completely a while ago. 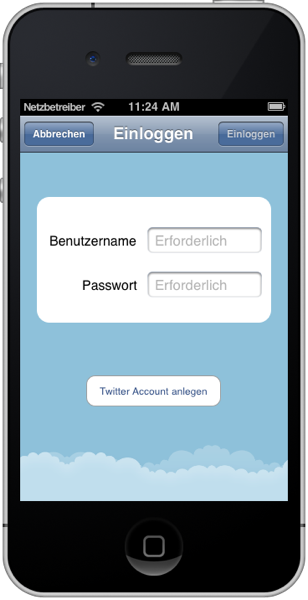 We went back to the drawing board and came up with an integrated solution, based on an open source framework. Integrated means: you’ll provide the I think I spider App with the credentials to your Twitter account, which are stored save and sound in your device’s keychain. I think I spider is a registered App with Twitter, which allows us to authenticate with Twitter in a secure way using xAuth. This allows the App to update your status right from inside I think I spider, without switching to any other application.
In addition to the new Twitter sharing feature, you can now also share those little quotes and sentences via SMS. Apple introduced this feature in iOS 4 and it works similar to sending emails. Of course this only works on iOS devices which can send SMS.

Another feature I’d like to highlight is not really a feature, but rather a neat improvement. Remember, how you can rate any of the little quotes and sentences? We improved the look and feel of how to rate by using an open source framework, which you can find on github.
We are really excited about this release and we hope you are too! Help us spread the word, by twittering and sharing!